The starfish, or sea star, is a beautiful marine animal with a body shape that is a symbol of symmetry. Found under the water, these amazing creatures are known for their beautiful colours, five or more arms, and their generally slow movements. Although it may come as a surprise to many people, starfish are not smart creatures.

Starfish Do Not Have Brains

They do not have brains or any other central nervous system that could help them process information and take decisions. So how exactly do they survive then?

They have a very simple nervous system that coordinates their movement and enables them to detect contact, light, and the presence of food. This nervous system is spread out along the arms of the starfish in a nerve net and they also have a structure called a “ring nerve” along their body. This ring nerve links up with other nerves so that it can coordinate movement and some basic senses like detecting if an arm has been touched or if there is food nearby.

Starfish have ganglia, which are clusters of nerve cells. The ganglia are located in the arms of a starfish and are connected by nerves. These nerves can help the starfish move its arms and react to stimuli like light and touch. The starfish also has a ring nerve that runs around the mouth.A typical starfish has five arms, but some species may have more than 40. Some species of starfish can regrow lost arms, while others can regrow entire bodies.

If a starfish has a brain, the nerves will not be in a single place. The nervous system of the starfish is spread all over its body, with each arm having a portion of the nervous system. At the tip of each arm, there is a sensory organ called an ampullae. The nerve ring around the mouth of the starfish controls these arms and allows them to move even when they have been detached from the body. Even if these arms can move on their own, they eventually die off as they are unable to get food or find shelter. How do Starfish move without Brains?

They are able to move around without a brain by using a hydraulic water vascular system. Their tube feet work like suction cups that they use to grip and hold onto rocks. Their tube feet also have touch receptors which send information to the starfish’s nerve ring where the information is processed and it decides what action to take next.

Starfish Do Not Have Blood or a Heart

Starfish do not have blood or a heart but their tube feet have tiny canals filled with seawater which acts as their blood and carries nutrients around their body. When danger approaches, their tube feet sense it and close up so that no predator can eat them!

The starfish is what you call a nerve-net. This means that their nervous system is spread out in their arms. In this case, their arms are called rays. Each ray has two nerve cords that run along its length to the tip of the ray. At the end of each ray is an eye spot that responds to light and dark and is able to detect movement and direction of the movement. Each ray also contains small sense organs which can detect chemicals, touch, temperature, pressure, and balance. 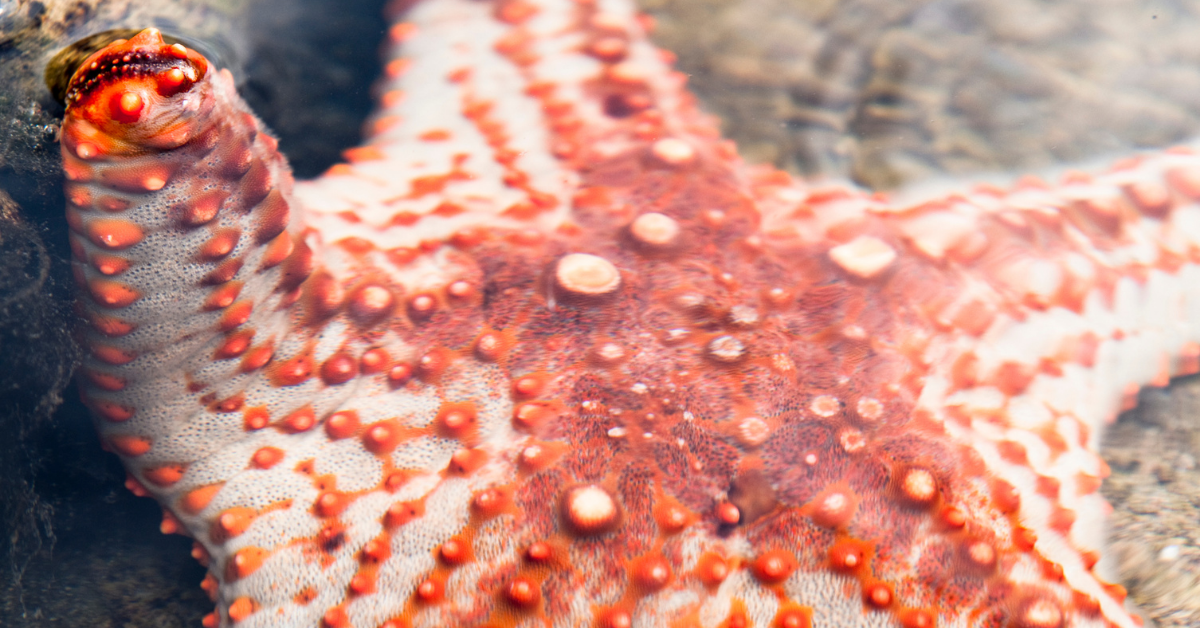 The starfish is very small compared to the stars. Therefore, it may be necessary to rely on other factors to determine whether starfish are intelligent.

First, some astrobiologists believe that intelligence requires an evolutionary process similar to our own: a complex brain structure that allows creatures to evolve from reptiles or primates. Although we cannot see the internal structure of the starfish, we know that its nervous system is distributed throughout the body and does not have a centralized location for sensory and behavioral processing. This means that starfish do not have brains. However, this does not mean that it has no intelligence.

In addition, there are some animals whose intelligence does not require a brain, such as a jellyfish. This shows us the possibility of starfish having intelligence without a brain. In fact, starfish are known for being able to problem solve in order to get food or escape predators. They can also remember where certain food is located and return to it when they are hungry.

Well, yes. But not like you or I do. The nervous system of a starfish is so much simpler than ours (it doesn’t even have a brain), but it does respond to irritants – such as being poked with a stick – by withdrawing from the source of irritation.

Starfish are most likely not conscious to the same degree that humans are. Nevertheless it still unclear how much consciousness a starfish exhibits. There is no scientific evidence to support their claim of consciousness. Starfish do respond to external stimuli, and they do respond behaviorally. That response can take the form of the fleeing, swimming away or shooting out stars or even lying on one side. This could be a form of ‘unconsciousness’ brought on by pain stimulus. Pain is an unpleasant feeling caused by an injury to the body. If starfish feel pain then this implies that some sort of central nervous system exists in a starfish and that an animal’s size has no bearing on whether or not it will have feelings.

No. They’re incredibly primitive creatures and their nervous systems are extremely basic networks of nerve cells (neurons). There are less than 10,000 neurons in the entire body of most species of starfish. Humans have around 100 billion neurons just in our brains. It’s tough to imagine a creature without a brain being capable of thought in any real sense, but you can never say never when it comes to science!

Starfish are definitely alive. They breathe, eat, respond to stimuli and reproduce. Starfish are alive. They can feel pain and move around. They can also regenerate their limbs if they lose them in a fight or accident. As we mentioned already there is no brain to be found inside of a starfish. This means that there are certain things that a starfish cannot do. They cannot feel pain like human and cannot think thoughts. However, this does not mean that the starfish is somehow less alive than a human. In fact, many scientists believe that awareness plays more of a role than brain function when considering the life status of an organism.

Do starfish have feelings?

Feelings are difficult enough for humans to define and quantify, but for an invertebrate, the concept is even more abstract. That said, some species of starfish will react to external stimuli in a way that suggests they may be capable of feeling pain. An injured or dying specimen may respond to touch or pressure by contorting its arms into a defensive position.

Do starfish have blood?

Starfish don’t have blood or a circulatory system, but they do have an open water vascular system. Water circulates through the madreporite (a porous plate on their body) into the water vascular system, which runs through canals in the tube feet and along the arms into the central ring canal, where it fills up cavities called ampullae.

These unique creature can not regenerate and grow back lost body parts. Starfish are certainly an interesting, albeit not of brain-having creatures.These have no brain but they are not categorized in the group with no mind. They have the ability to catch the prey by their own. This proves that they are capable of learning and adapting in the environment.

With the growing concern for animal welfare and going vegetarian or vegan, hopefully, this article will show you what it likes for animals that have no brains.